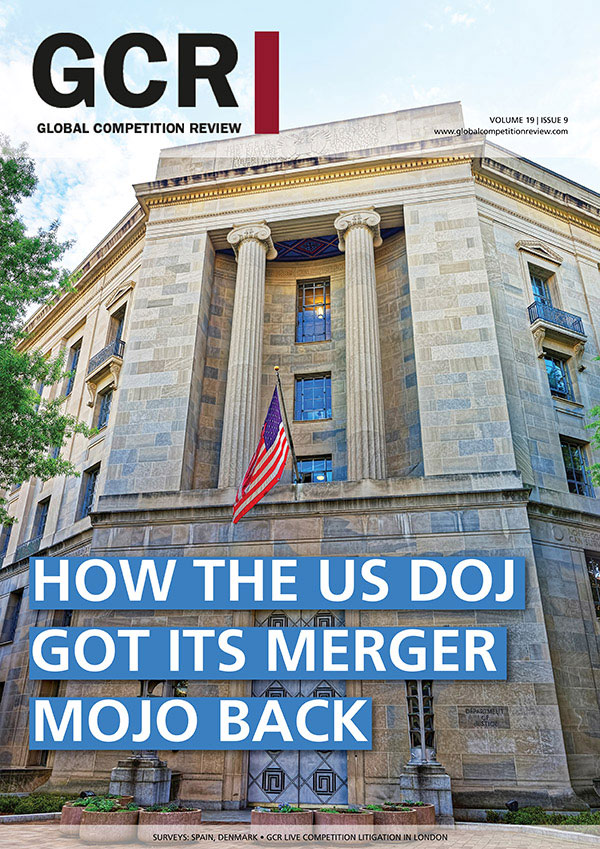 How the US DOJ got its merger mojo back

Five years ago, lawyers from the US Department of Justice walked into court haunted by a long losing streak at trial and challenged by top-flight defence lawyers and a difficult case. They left victorious, armed with a new strategy – and confidence – when taking antitrust cases to the courtroom. Ron Knox tells the story of United States v H&R Block, and how the Obama administration’s antitrust winning streak came to pass

Despite a tough economic and political environment, the good times appear to be back for Spain’s competition bar, which routinely deals with a busy and dedicated national enforcer and heightened deal activity. Tom Webb meets the firms and lawyers working on the best cases

An interview with Jakob Hald

Jakob Hald joined Denmark’s Competition and Consumer Authority as director-general in January 2016. Less than one year into his tenure, Sonya Lalli spoke with him about what to expect from the enforcer in years to come

Year in year out, the same four elite firms continue to dominate Denmark’s competition scene – although Bruun & Hjejle, which is once again Denmark’s only highly recommended firm, may well be catching up. Three solid competition practices, including one that has reappeared after a brief hiatus, round out our rankings as recommended firms. Sonya Lalli takes a closer look

An interview with Eduardo Prieto Kessler

Spain’s National Commission for Markets and Competition was formed in 2013 through a merger between the country’s former specialist competition enforcer and several sectoral regulators. Tom Webb spoke with Eduardo Prieto Kessler, the head of the CNMC’s competition division, about the development of the agency’s cartel enforcement, dawn raids, and its controversial move towards levying more fines on individuals and seeking to disqualify companies from public tenders