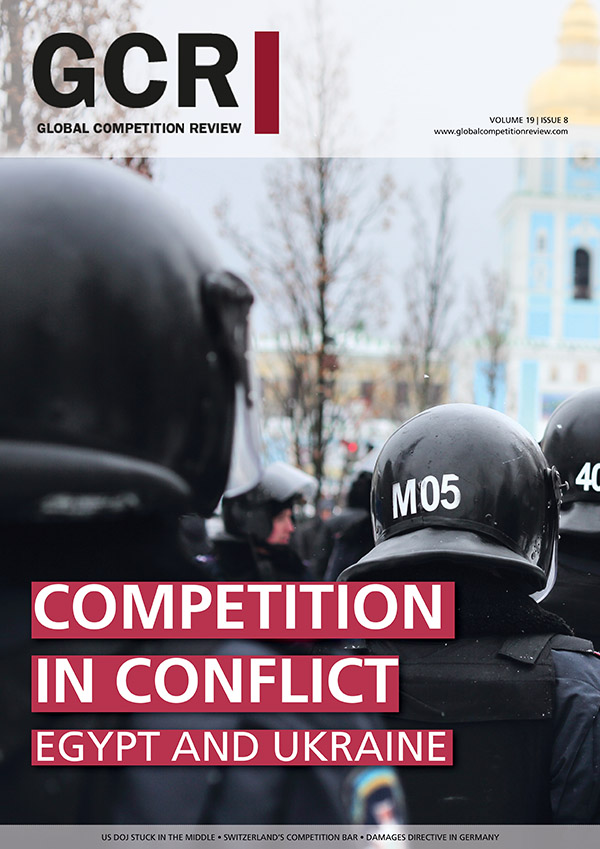 Competition in Conflict: Egypt and Ukraine

In a landlocked island at the heart of Europe, Switzerland’s economy is dominated by several highly concentrated markets, which feed an equally concentrated competition bar. Tom Madge-Wyld profiles the country’s top antitrust practices and the lawyers who make them tick

Germany and the damages directive: the devil’s in the detail

Germany is poised to implement the European Union’s directive on antitrust damages claims. Sonya Lalli looks at the implementing legislation, and the effect of the new rules on the country’s competition landscape

An interview with Vincent Martenet

Since July 2010, Vincent Martenet has been chairman of the Swiss Competition Commission, an enforcer that operates at the heart of Europe yet outside the European Union. He spoke to Tom Madge-Wyld about an unwanted change to the country’s Cartel Act, the national competition authority’s relationship with the European Commission and a pair of controversial, precedent-setting cases closer to home

In June 2015, Switzerland’s Competition Commission issued an infringement decision against companies whose collusion included reducing gross prices. Now on appeal to the country’s Federal Administrative Court, the case has divided Switzerland’s enforcement officials and its competition bar, who disagree about whether such enforcement sets a worrying precedent. Tom Madge-Wyld investigates

When political debate turns into revolution, antitrust enforcement is the last thing on most people’s minds. Mark Briggs investigates how two competition authorities have kept the show on the road when the bombs start going off